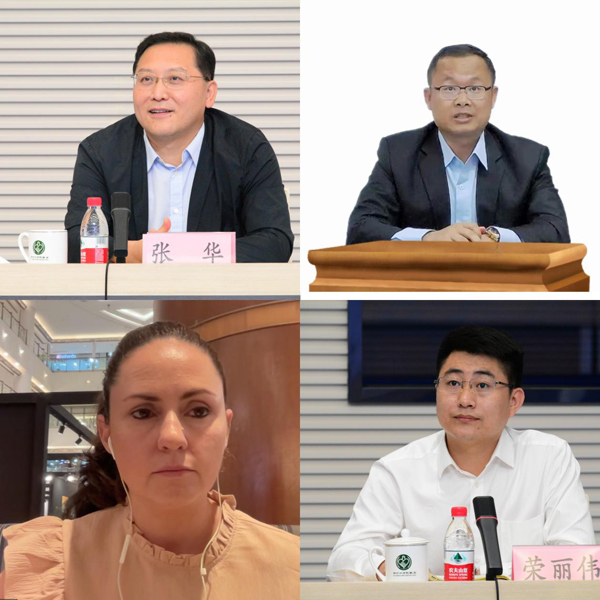 Zhang Hua, Director of the China International Youth Exchange Center (CIYEC), reviewed the development of young entrepreneurs from China and ASEAN in exchanges and cooperation, and expressed gratitude to the pillar role of the AYEC.

Since the CIYEC was authorized to perform the function of the CAYEA in April last year, it has actively worked with the AYEC to establish an effective work system and mechanism for the bilateral exchange of young entrepreneurs, he said.

Noting that this year marks the first year since the establishment of the China-ASEAN Comprehensive Strategic Partnership, Zhang expressed his hopes for the two sides to continue to deepen cooperation and foster new areas of growth.

The CIYEC is ready to work with the AYEC to solidify the foundations of the bilateral friendship between youth from China and ASEAN, and give full play to young entrepreneurs' positive roles in promoting the digital economy and green growth. It also aims to promote the deeper integration of regional economies and secure the development of industrial and supply chains, in a bid to drive regional economic recovery.

Seang Sopagna,  Co-Chair of AYEC 2022 and President of the Young Entrepreneurs Association of Cambodia (YEAC), acknowledged the efforts of the CIYEC in promoting bilateral cooperation while addressing the conference via video link.

Noting that preparations are underway for the ASEAN Young Entrepreneurs Carnival to be held in Phnom Penh in November, he responded positively to China's proposals on the building of the working mechanism and its ideas on the work plan.

Sopagna stressed that the YEAC is an advocate of multilateral cooperation and a defender of the multilateral trading system. It is ready to work with China to consolidate and expand areas of cooperation, so as to create favorable conditions for the young entrepreneurs of both sides to cope with risks and challenges brought about by the increasingly complex and uncertain international environment and achieve win-win development, he added.

Deborah Melissa Bottreau, Secretary-General of the AYEC, introduced the recent work of the AYEC secretariat and briefed the rotating plan of the AYEC for 2023. She said that the secretariat had made great progress in expanding cooperation channels and improving the quality of activities, which has provided the wisdom and strength of young people to accelerate the full recovery of regional economy.

Bottreau said that the secretariat will give full support to the CAYEA and will encourage members of the AYEC to participate in activities organized by the CIYEC. She also expressed hope in jointly facing the challenges of global economic recovery through the deepening of cooperation.

Sambath Bun, Secretary-General of the YEAC, and Rong Liwei, Vice-President of the Youth Federation of the Guangxi Zhuang Autonomous Region, also attended the conference.

Presenting the progress of communication at the grassroots level, Rong said that Guangxi has given full play to its unique geographical advantage of being close to ASEAN countries, and has continued to deepen exchanges and cooperation with ASEAN youth, especially in recent years.

He said that business highlights of young entrepreneurs in Guangxi are expected to be explored through the platform jointly built by the CAYEA and the AYEC, and will play a positive role in facilitating exchanges and cooperation between young entrepreneurs from China and ASEAN.

The two sides also exchanged views and reached consensuses on issues such as improving the quality of annual economic and trade cooperation themed events, improving the regular working meeting mechanism, and building an information sharing and exchange platform.