The Liangma Silk Road International Forum Launching Ceremony and China-Japan Young Entrepreneurs Business Meeting, co-organized by the China International Youth Exchange Center (CIYEC) and the Japanese Chamber of Commerce and Industry in China, was held on Jan 26 in Beijing.

With the theme of "Pooling Youth Strength and Deepening China-Japan Business Cooperation", the event aimed to chart a course for young entrepreneurs to contribute to world economic recovery and better guide the youth of the two countries to participate in the building of China-Japan relations in the new era.

More than 80 representatives of young entrepreneurs from China and Japan had a deep exchange of views on cooperation during the event.

In his speech, Zhu analyzed the current trends in China's economy and the results of opening-up. He noted that the enhanced economic and industrial cooperation between China and Japan will help reduce the negative impact of unilateralism and anti-globalization on the global economy, safeguard the sound development of regional economy and the security and stability of industrial and supply chains, accelerate global economic recovery and help realize the United Nations Sustainable Development Goals.

Zhu also reiterated that China and Japan should work together to tap the wisdom and potential of young entrepreneurs and bring China-Japan economic and trade cooperation to a higher level.

Ozawa underlined the importance of corporate culture construction of multinational corporations in the age of globalization, and noted that China has always been a favored place for global investment and one of Canon's focus markets.

Canon has been deeply involved in China's economic and social development, he said, adding that China's reform and opening up has also helped the company achieve rapid growth, even during the COVID-19 pandemic.

Ozawa said that he hopes more Japanese enterprises will take the initiative to explore the Chinese market and make new contributions to promoting bilateral economic and trade cooperation.

Participants congratulated those involved with the opening of the Liangma Silk Road International Forum at the following China-Japan Young Entrepreneurs Business Meeting. 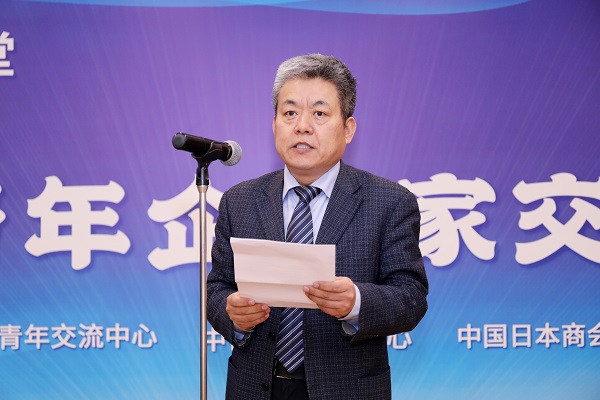 Wang also expressed his hope that sound China-Japan relations in accordance with the new development pattern will be built up through the joint efforts of both sides. 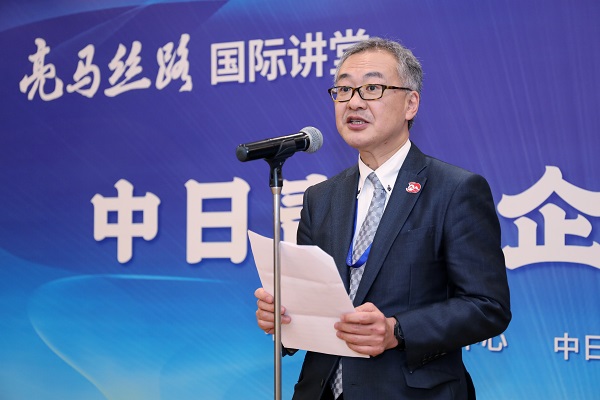 Shimizu Fumio, Envoy Extraordinary and Minister Plenipotentiary of the Embassy of Japan in China, addresses the China-Japan Young Entrepreneurs Business Meeting on Jan 26.

Highlighting that this year is the 50th anniversary of the normalization of diplomatic relations between Japan and China, Shimizu Fumio, Envoy Extraordinary and Minister Plenipotentiary of the Embassy of Japan in China, said that the Lecture Hall will add momentum to practical cooperation between young entrepreneurs of the two countries, and that their business exchanges will contribute to the steady growth of bilateral relations.

Liu Chao, Secretary-General of the International Commercial Dispute Prevention and Settlement Organization, said that the Lecture Hall is expected to be a booster of high-quality exchanges and communication between young Chinese and foreign entrepreneurs.

He said he hopes to work with the CIYEC to promote the development of Chinese and Japanese enterprises and contribute to healthy and stable China-Japan economic and trade relations.

The Lecture Hall was well received by the youth participants. They said that it provides a broader platform for young entrepreneurs to learn more about the world economy, and will certainly play a guiding role in boosting international cooperation. The event is especially significant at this important moment when RCEP is accelerating the development of regional economic integration and when China and Japan have reached a bilateral tariff concession arrangement for the first time.

A documentary film named Lu Xun, which was shot to commemorate the 50th anniversary of the normalization of China-Japan diplomatic relations, was also presented to the participants during the activity. Lu Xun, a famous Chinese writer, studied in Japan when he was young.