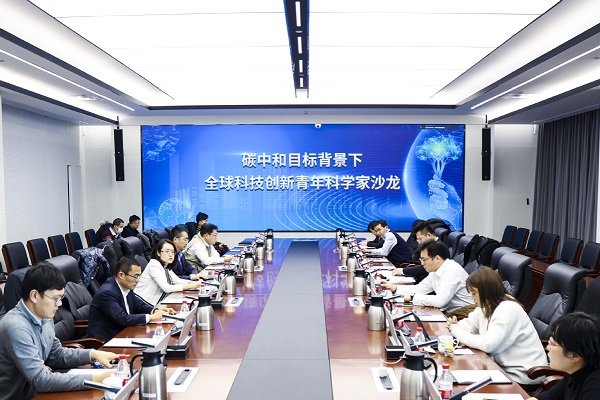 Achieving the goal of carbon neutrality is not only a plan but also an action, which requires conscious action from all people in the nation, Wang said. He was speaking at a salon for young scientists on global scientific and technological innovation for achieving carbon neutrality.

"During this process, youth is a driving force. Therefore, how to give full play to the power of youth in the context of achieving carbon neutrality is a matter of attitude, and a question we should answer," Wang said.

Hundreds of Chinese and US universities, research institutions and enterprises are involved in joint research and development on clean energy technologies. Nearly 20,000 scientists, engineers and entrepreneurs have been directly involved, and 70 percent are young people, Zhao said. 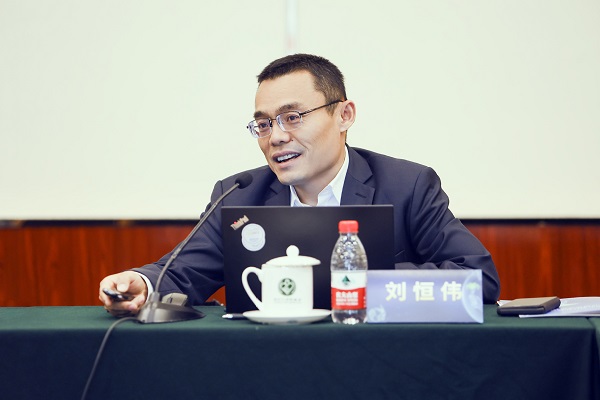 Young people should be aware that zero emissions is the trend and devote themselves to this cause, Liu said. For example, they can focus on R&D, as well as the spreading and exchange of new technology. They can also promote technological capacity-building by holding workshops to explain new technologies, he said.

Carbon neutrality is not an option, said Wang Yuejun, EHS deputy director of Yili Group. From a large perspective, carbon neutrality will build a community with a shared future for mankind. From a small perspective, it will directly affect the future development and layout of an enterprise.

In April this year, the company launched a carbon neutrality project to check the carbon footprint of all product categories throughout their whole life cycle, Wang said.

Lin Weicheng, general manager of Kentex, is interviewed in Beijing on Nov 25, 2021. [Photo provided to chinadaily.com.cn]

In addition to big companies like Yili Group, small and medium-sized companies like Kentex are also paying great attention to emissions reduction and carbon neutrality.

Learning about the policies on carbon neutrality is important for a company's development, Kentex's general manager Lin Weicheng said. By better understanding the government's policy direction, he added, the company will optimize its technological plan to be more efficient and meet national emissions standards.