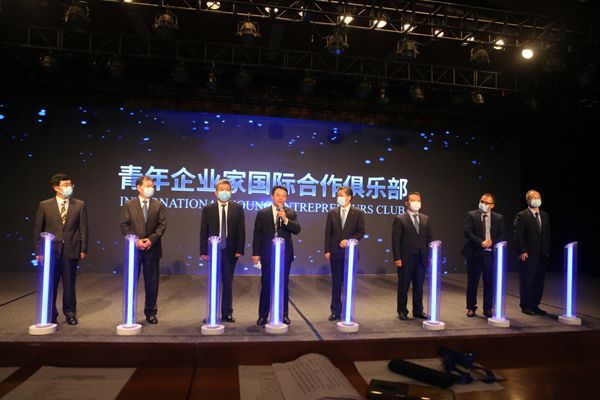 Fu Zhenbang, Secretary of the Secretariat of the Central Committee of the Communist Youth League of China (CYLC), attended the events and announced the club's official launch. Representatives of relevant international organizations and associations congratulated the club on its establishment, hoping that the club will serve as a new platform to further deepen economic exchanges among young entrepreneurs and promote practical cooperation as well as the recovery and development of the world economy.

In his speech, Wang Yijun, Party Secretary of the CIYEC, noted that young entrepreneurs are an essential driving force for economic and social development and part and parcel of the engine for global economic growth.

He also expressed his hope that the club will provide a stage for the development of young business owners and lead them to create a new development paradigm with domestic circulation as the mainstay and domestic and international circulations reinforcing each other.

Wang said that more efforts should be made to enhance young entrepreneurs' participation in developing the international market and help them take a more effective part in the construction of the Belt and Road Initiative. Entrepreneurs should contribute to the green recovery of the world economy and the stability and circulation of the global industrial and supply chains in the post-pandemic era.

Xu Huaping, Party Secretary of the CYEA, said that encouraging young entrepreneurs to take the lead in co-building the Belt and Road Initiative is an explicit requirement of the CYLC Central Committee Secretariat on the CYEA's work. 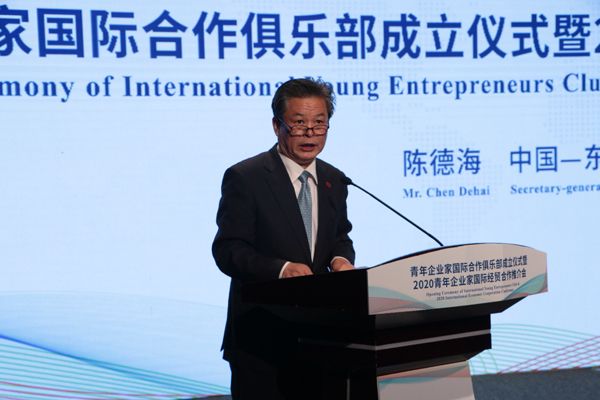 Chen Dehai, Secretary-General of the ASEAN-China Center, speaks at the event.

Chen Dehai, Secretary-General of the ASEAN-China Center, extended warm congratulations on the club's establishment and underlined the indispensable role of young entrepreneurs in social and economic development. Noting that significant changes unseen in a century are taking place globally, he indicated that the changes bring an excellent opportunity for young Chinese entrepreneurs' growth and an unprecedented challenge.

This year marks the ASEAN-China Year of Digital Economic Cooperation. Chen said he hopes that young business owners will take advantage of recent scientific and technological achievements and industrial reform and work hard to promote reform and transformation. He also hopes they will pool their wisdom and strength into ASEAN-China cooperation. 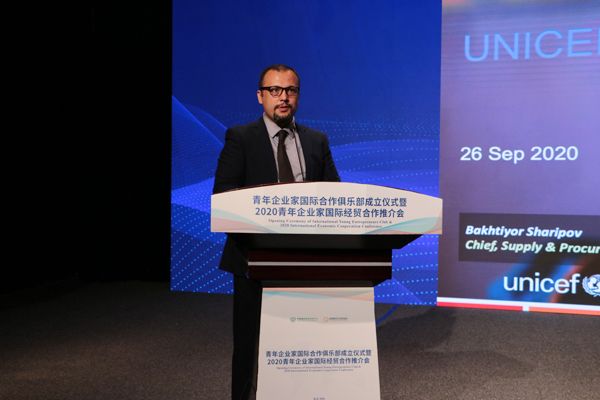 Bakhtiyor Sharipov, Chief of Supply and Procurement at the UNICEF, details the purchasing process at the event.

The Head of Supply and Procurement at the United Nations International Children's Emergency Fund gave an overview of the UN's procurement process as well as a breakdown of Chinese enterprises' access to international public procurement.

Lee Yong-seop, Mayor of Gwangju in South Korea, introduced the development of the city's artificial intelligence industry and the implementation of the carbon neutrality policy via a video link.

He hopes that the two services for youths in business would take the lead in reform and innovation and utilize the club to achieve comprehensive cooperation in the digital economy, commerce and trade and technological innovation, realizing win-win economic development of China and South Korea.

Malacca's Special Envoy to China, Gan Tian Loo, gave a presentation on local tourism development and project investment. He highlighted that young people are to build a shared future for humankind and symbolize the future of Malaysia-China cooperation. He added that he hopes the club will better serve in-depth exchanges and cooperation among young entrepreneurs and the healthy development of bilateral ties.