Young people in China and CEE Countries took part in an online event to share their actions in tackling COVID-19 on May 29. It was hosted by the All-China Youth Federation (ACYF) and organized by the China International Youth Exchange Center (CIYEC).

"The world is my country, all mankind are my brethren, and to do good is my religion." The sentence from Thomas Paine was quoted by a Czech young man in his speech at the video conference.

Participants reached consensus on a community with a shared future for mankind, and were fully aware that solidarity and cooperation are the most powerful weapons for defeating the virus.

"Love your life even if the virus is there for a long time."

Shi Weili, a member of the national medical team supporting Hubei province who works at Peking University Third Hospital, showed a trending photo to the conferees, which went viral on the internet during the Chinese anti-epidemic fight.

The photo shows a medical worker, just before sending an 87-year-old hospitalized man for a medical examination, pausing in his work to accompany him outdoors to enjoy the setting sun, which neither had seen for a long time. 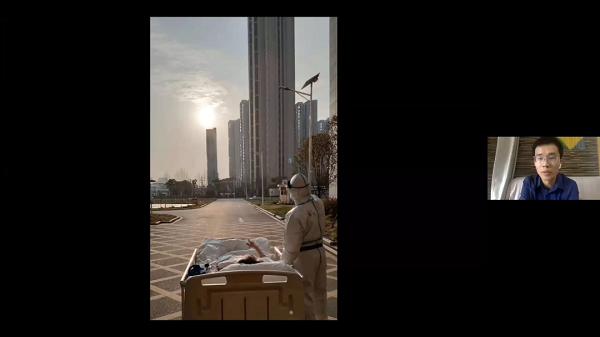 As things stand, the COVID-19 virus won't go away anytime soon, and humans will probably have to live with it, Shi noted, adding that people must be optimistic and enjoy and love our life in such a situation.

An epidemiologist from the Republic of Croatia agreed with Shi. In the background behind him is a photograph of Dubrovnik, a beautiful city on the Adriatic Sea in southern Croatia and one of the most prominent tourist destinations in the Mediterranean Sea.

He hoped that the epidemic in Croatia will be brought under control by the summer, adding that the beautiful scenery of the Adriatic Sea will continue to await visitors.

"Now is a good time to invest in ourselves and to plan a new business. I want to send a message to all young people – we must seize the opportunity and focus on new knowledge, new technology," said Dejan Ilioski, CEO of the European Youth Association of North Macedonia.

Ilioski noted that like their counterparts in China, young people in northern Macedonia have played an integral role in fighting the epidemic. They help the elderly buy food and medicine and spread the knowledge of epidemic prevention.

He said that the European Youth Association of North Macedonia received anti-epidemic handbooks from the ACYF. They translated the materials into the Macedonian language and promoted them across the country, helping people to keep up to date with anti-epidemic knowledge so that they could better protect themselves. 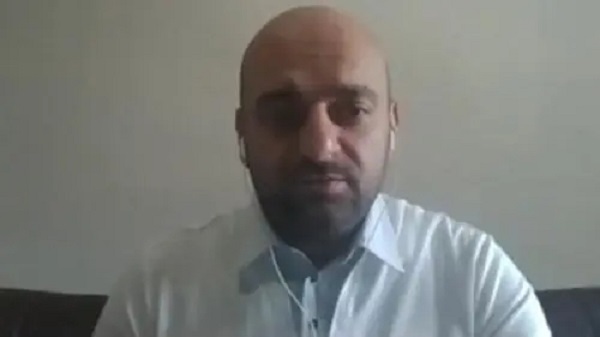 "We should make sure that no one is left behind," Ilioski said, adding that people all over the world have united to show the virus the power of solidarity.

Solidarity in the Czech Republic: "Spread the belief that we're all in the same boat."

Caught by the rapidly spreading epidemic, the Czechs snapped out of it and helped each other to pull through. Facing the shortage of anti-epidemic supplies, the Czech people turned to making masks by hand. The handmade masks were distributed to medical workers, shop assistants and social workers, and especially to vulnerable groups such as the elderly and the sick.

Czechs use a sewing machine to make masks at home. [Provided to the CIYEC]

"We are very happy to see the Czech people united from top to bottom. In the face of the epidemic, people showed a spirit of selfless dedication. We found that everyone became a hero at that moment, helping each other and supporting each other," said Patrick Gibek, Coordinator of the Czech MPMP Media Project.

"In this special period, the most important thing is to spread the belief of solidarity. No one is an isolated island, and the novel coronavirus epidemic is our common enemy. This is true not only for the Czech people, but also for people all over the world."

"China has long been promoting state-to-state cooperation, and put forward the idea that only unity can win the battle against the epidemic at the very beginning," Gibek said. "I believe that mutual help and cooperation is the only way to the victory over the epidemic."

"In the face of the epidemic, we are more aware of the fact that we are in the same boat, and we are all in a community with a shared future. The epidemic has manifested the importance of solidarity and cooperation," said Hong Guimei, Deputy Director of the CIYEC.