With the COVID-19 pandemic still raging, the China International Youth Exchange Center (CIYEC) has joined actions to support the international community in fighting the virus.

Through the organization and mobilization of social forces, the CIYEC donated 250,000 medical surgical masks to social organizations in France, Germany, and Malaysia.

The Sino-French Youth Leaders Roundtable due to be held by the CIYEC and the Foundation Prospective and Innovation  event in March were postponed due to the epidemic. Nonetheless, the CIYEC still decided to donate a batch of urgently needed masks to the Foundation of the Poitiers Central Hospital, which was short of reserves. 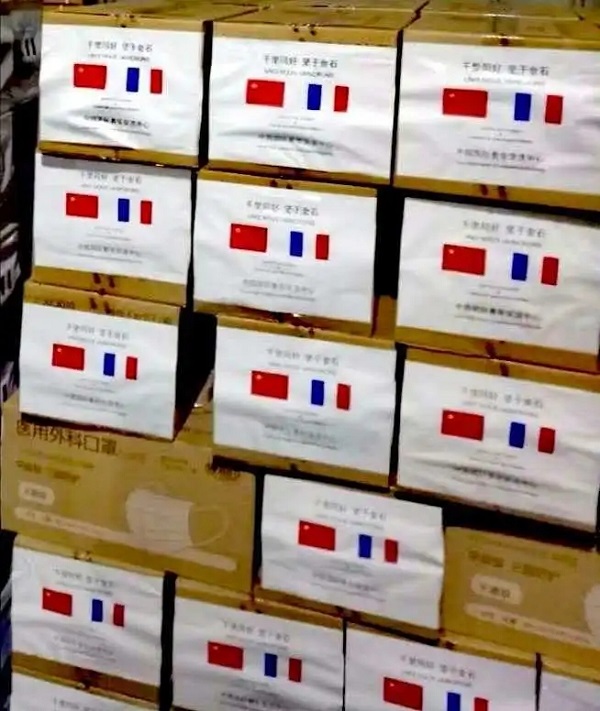 When the stock of masks in the hospital was almost exhausted, it took just four days for the 100,000 medical surgical masks to arrive there from China, effectively replenishing the hospital's stock.

Foundation Chairman Jean-Pierre Raffarin, who is also former French Prime Minister and winner of the China's friendship medal , has used his WeChat Moments to heap praise on the donation.

Since the outbreak, the CIYEC has also been in close contact with the Wirtschaftsjunioren Deutschland  – the Young Entrepreneurs' Association of Germany. It has donated 50,000 medical surgical masks to support the anti-epidemic battle in Germany.

The CIYEC donates 50,000 medical surgical masks to support the anti-epidemic battle in Germany. 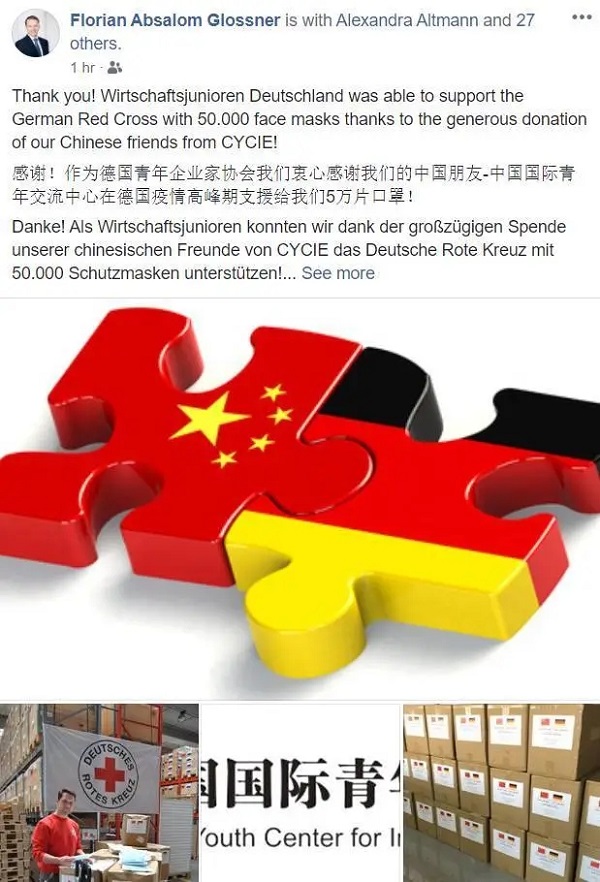 Florian Absalom Glossner, Chairman of the Wirtschaftsjunioren Deutschland, expresses his gratitude on Facebook. 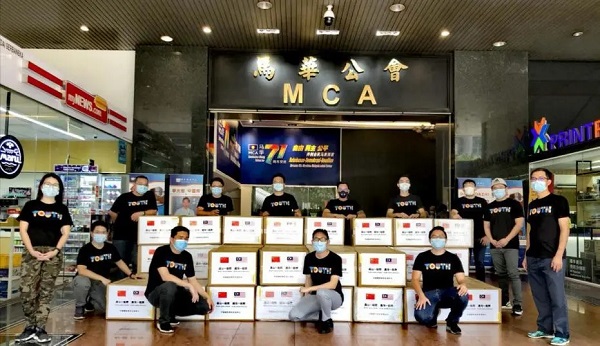 The donation aroused a great response in the MAC Youth League at all levels. They recorded a video which embodied the friendship between Chinese and Malaysian youths.

The spread of the epidemic didn't undo the friendship between Chinese and foreign youths, but instead has further deepened mutual support and cooperation. In this common fight against the epidemic, their actions have shown the mental strength of contemporary Chinese youth, and have further strengthened the international community's confidence in deepening youth exchanges and cooperation with China.