As the COVID-19 epidemic swept across China and numerous front-line stories about the fight against the deadly virus tugged at the heartstrings of all Chinese people, overseas Chinese, and especially young people, stayed tuned for updates of the domestic COVID-19 combat and did their part to share the motherland's heavy burden. 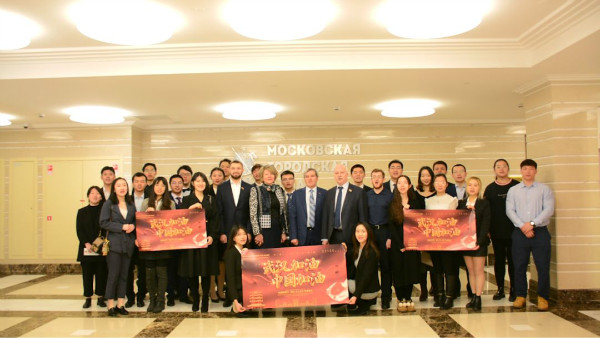 Members of the Association of Chinese Students in Russia and Russian MPs (members of parliament) pose for a group photo during an anti-pandemic promotion activity.

The Association of Chinese Students in Russia immediately coordinated Russian universities to set up an epidemic working group. They called for donations and set up translation service teams to support domestic procurement of medical supplies, and also invited members of Russia's State Duma, or the lower house of parliament, to the promotion activities. 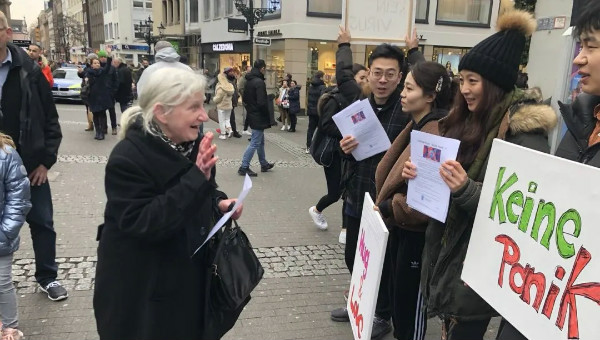 The Verein der chinesischen Wissenschaftler und Studenten in Düsseldorf e.V. (VCWS), a Chinese students and scholars association in Dusseldorf, Germany, launched a campaign themed on "Wir sind kein Virus" ("We are not the virus") to popularize the origin, development and control of the novel coronavirus in the region.

With the help of the Chinese embassy in the UK, the Chinese Students and Scholars Association UK raised 12,636.69 pounds ($17,321.111) from all over the country in early February. The association also collected medical supplies and delivered them to hospitals in Wuhan through the Wuhan Federation of Returned Overseas Chinese. 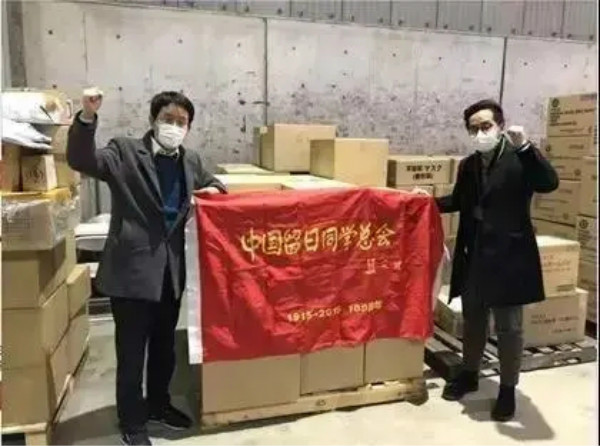 In Japan, two Chinese volunteers pose for a photo with anti-epidemic materials supporting China and give cheering gestures. 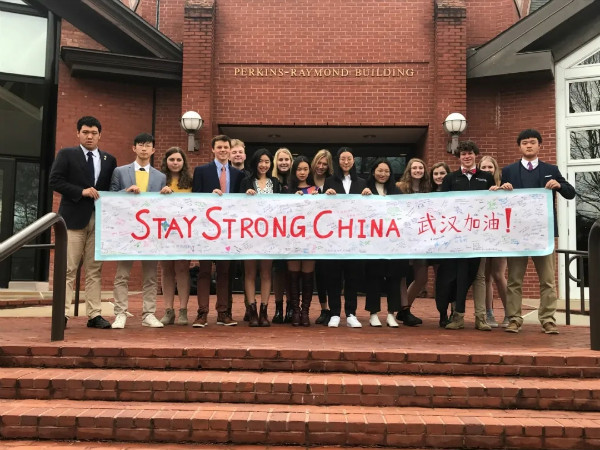 A banner reading "Stay Strong China" shows the support of international students in the United States for Wuhan, the then epicenter of the COVID-19 outbreak, and China. 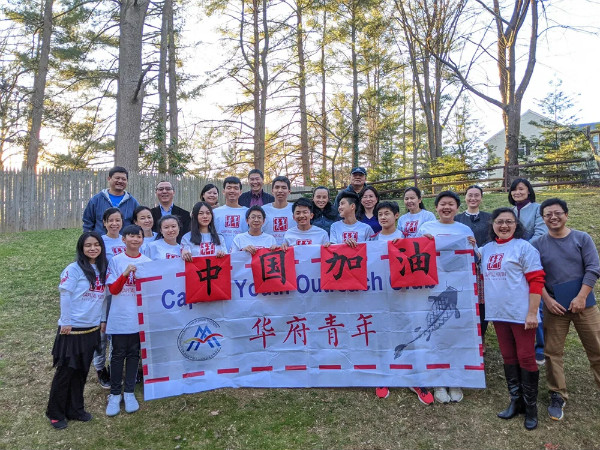 CYOC members held a banner with slogan "Come on, China!" to stimulate people to fight against the COVID-19 epidemic.

The Chinese students and scholars associations at Yale and Princeton universities launched fundraising initiatives and popularized measures to prevent the COVID-19 pandemic. More than 160 young people from Washington and other states also devoted themselves to the motherland's fight against the epidemic.

The Capital Youth Outreach Club (CYOC), established in 2018, is a volunteer organization composed of Chinese middle school students in Washington. It encourages Chinese youngsters to serve society and cultivate their patriotism and national identity. The club currently has 160 members.

After learning of the COVID-19 outbreak in China, the CYOC organized a donation activity among its members and raised nearly $3,600. Pocket money and lucky money made up most of the donations, and the youngest donor was only 12 years old.

The money was designed to reinforce youth on the front lines of the fight against the epidemic in China, expressing the gratitude for their contributions. Chinese Ambassador to the US Cui Tiankai presented a certificate of commendation to each donor. 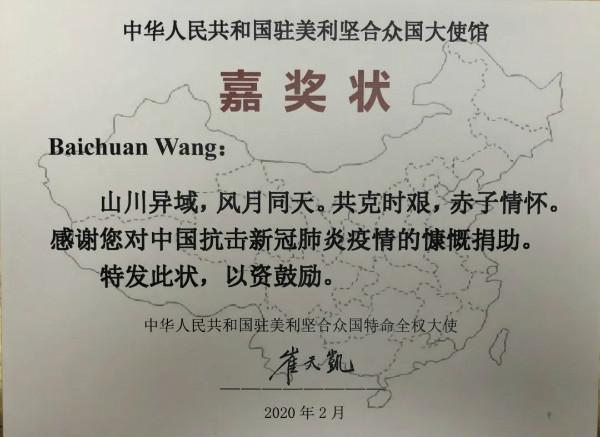 The CIYEC has worked with the China Youth Development Foundation to apply the donations to the supportive actions initiated to reinforce community-level emergency youth volunteer service teams in epidemic prevention and control.