The 3rd China-ROK Youth Entrepreneurship Forum was held in Suwon city, South Korea, from September 24 to 27, 2019.

With the theme of "Fourth Industrial Revolution and Entrepreneurship", the forum attracted more than 200 young entrepreneurs and college students from both countries to exchange opinions and look into problems in the sector.

Cho Moo-young, Deputy Mayor of Suwon city, said that young people of the two countries are the leading forces of the fourth industrial revolution and added that the forum will help the youth of China and South Korea deepen exchanges and cooperation and jointly embrace the opportunities of the new era. 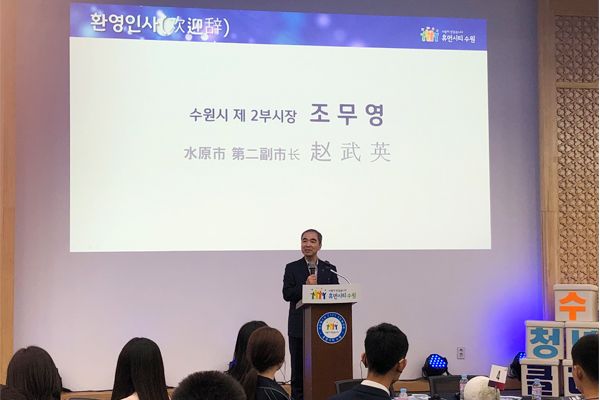 Wei He, a representative of young Chinese entrepreneurs, gave a lecture titled "New Paths of Business Innovation and Sustainable Development for Chinese Youth", and shared her start-up experience.

Young people from China and South Korea were grouped to heat up discussions and spark new ideas about the impact of the coming fourth industrial revolution on the public life of both countries and entrepreneurial opportunities in the era of artificial intelligence. 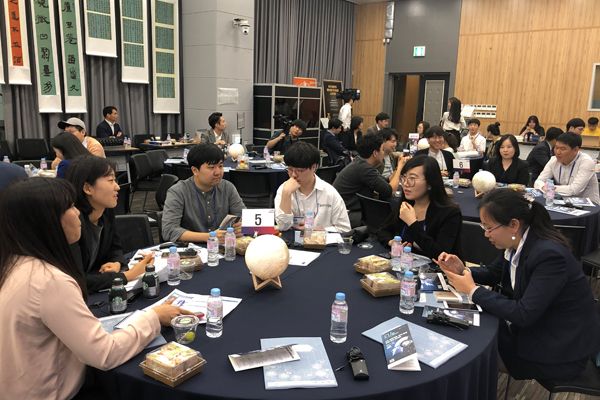 Chinese and South Korean representatives discuss the topics presented in the forum by groups.

During the event, Chinese youth representatives visited South Korea's National Assembly and met with one of its members, who spoke highly of the CIYEC's role in the development of China-ROK friendly relations.

At a meeting to summarize and share the discussion results, the young people of both countries conceived many new ideas for projects resulting from their interactions, which won great attention from the Suwon municipal government. Officials said that they would discuss the creative proposals by the Chinese representatives and explore appropriate ways to put the ideas into practice.

The China-ROK Youth Entrepreneurship Forum was co-organized by the CIYEC, Suwon City, and the South Korea Institute for International Cultural Exchange. The regular event aims to provide a platform on which China-ROK youth can innovate and start businesses, further deepen their pragmatic exchanges and cooperation and promote their common development.